The Profound Magic of Father Involvement 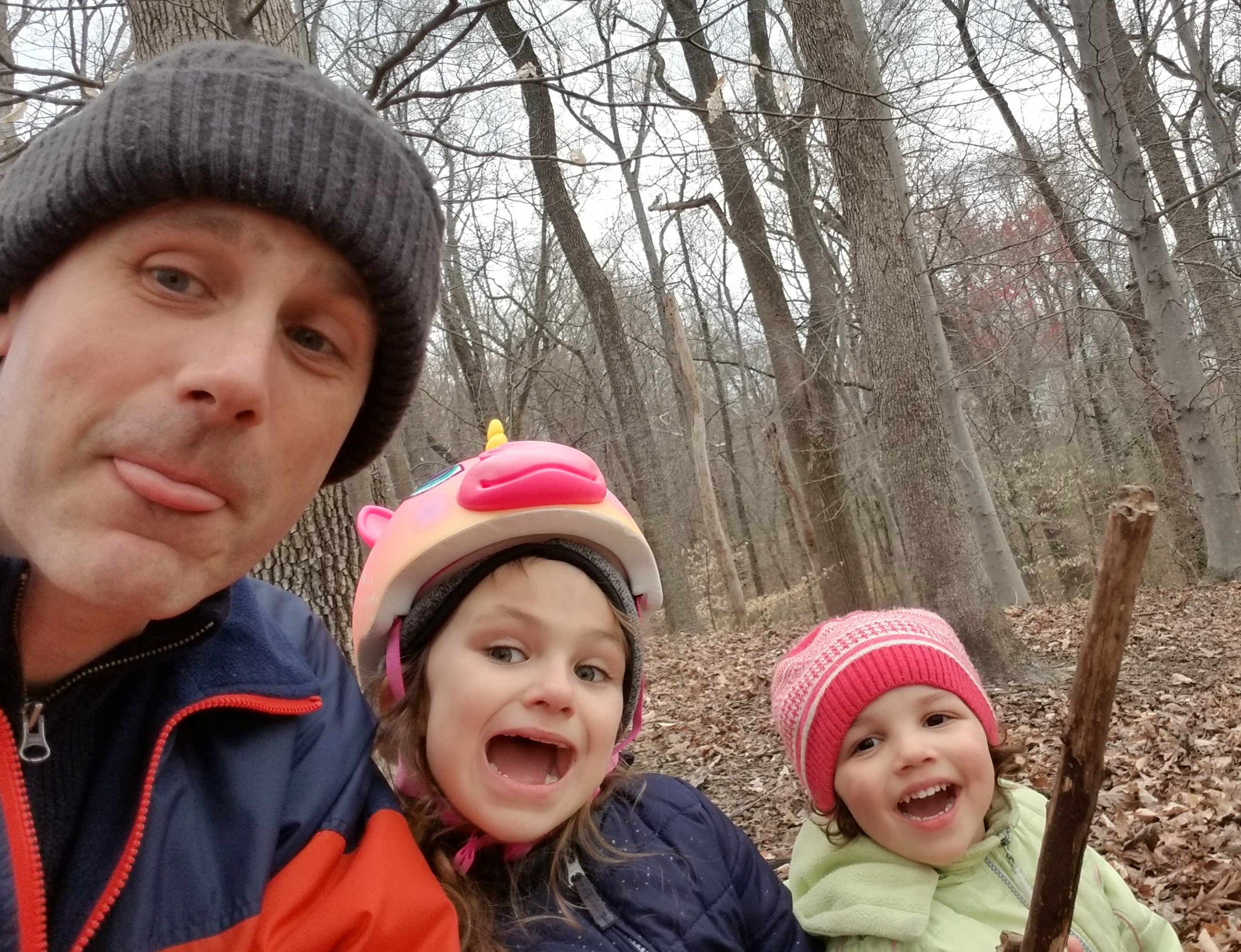 My daughters, ages 6 and 3, love Frozen. No,  seriously, they love, emulate, and want nothing more than to be the sisters Elsa and Anna from the   Disney Frozen franchise.

I had no idea how alluring the magic of Frozen was.  The first movie arrived in theaters   in 2013, 6 months prior to my first daughter’s arrival. Suffice it to say, I didn’t see it--I thought I was an adult and had put away childish things. I remember hearing that Queen Elsa was the top kids costume for Halloween in 2014, 2015, and 2016, and I thought, What’s the big deal? It’s just a princess with the power to freeze things! My kids won’t be into that. For the record, I was wrong. On top of innumerable Frozen dolls and their various accoutrements, the kids now have three Frozen dress-up outfits: two Elsa gowns and one Anna ensemble. And, they know with which movie scene each get-up correlates. Those outfits aren’t just for Halloween; they regularly wear their dresses outside for scooter rides (paired with their incredibly fashionable safety helmets), magical capes flapping in the breeze.

In recent months, my girls have spread the magic of Arendelle (the fictional village and castle in Frozen) around our house. Their favorite game: don their Elsa and Anna costumes and wave their hands at a parent, shouting, Freeze Power! The parent is then supposed to freeze in place until the girls decide the parent can move again when the girls wave their hands and yell, Unfreeze Power!

There’s a simple joy that comes through playing games with my children. I never understood the appeal of unicorns and mermaids; and yet, I now find myself coloring fantastical images of ponies with my Kindergartner. And, I don’t care how old you are--when a three-year-old asks you to play princess legos, you play princess legos. To be honest, I have a blast every time. In fact, part of me wants to yell Freeze Power! to freeze these moments in time.

Now, who am I to say that playing with fairies and princess magic is silly? Growing up, I certainly loved living in imagined worlds myself. For example, my brother and I spent many an afternoon playing Batman and Robin (arguments often ensued on who had to play Robin … no one wants to be Robin, of course, poor fellow …). Our dad was primarily at fault for this; he was the one who introduced us to superheroes. As I grew up, one of my favorite activities as a kid was going to the comic book store with my dad. And, at night, my brother and I would rest our heads on superhero pillowcases that my father had hand-made.

Whether it’s the magic of superheroes or super-princesses, there’s a deeper magic at play in this simple act of spending time with your kids. You run, you laugh, and thereby you bond. You communicate so many messages to your kids, such as, Mistakes happen to everyone; the important thing is to keep trying, and Princesses don’t pick their noses! You teach them that there’s a time for everything, that sharing is caring, and that the only person that can control your actions is you. But the most profound message you communicate to your kids is that they are inherently valuable and valued. They are loved and supported, no matter what.

In 2019, the National Responsible Fatherhood Clearinghouse oversaw a scan of current research on father and child well-being. The findings reaffirm this profound magic. Positive father involvement is linked to better child health, self-esteem, and social skills. Later in adolescence, kids with involved fathers are more likely to complete their education and engage in fewer risky behaviors. Guys, involved fathers themselves also tend to have better health and well-being, too … so, hey, it’s a two-fer, at a minimum (there are also benefits for our partners, our communities, our country … you get the idea).

This past Christmas, my eldest asked for a real water pony like the one Elsa rides in Frozen II (it’s literally a pony made out of nothing but water). Dad fail!: she didn’t get a real water pony. But she did get an Elsa doll, dress-up, and board game. And she also got me to gladly gallop into her Frozen fantasy play.

Some day my girls are going to grow out of this kind of play. Some day, they’ll learn that Elsa’s magic doesn’t really exist. But my sincere hope is that this profound magic of father involvement will be a firm foundation for them, so that they grow strong and open-hearted, and that they embrace this one magical life they have been gifted. And I hope they remember, if they ever get too challenged, they can yell Freeze Power! and come home--we can always talk about how to use our magic to overcome any obstacle, together.

Parental Burnout: It's Real and It's Manageable
DadTalk Blog
Aug 13, 2020
The Importance of Play: How Fathers can Use Play to Promote Development
DadTalk Blog
May 26, 2020
Grandparents Raising Grandchildren: A Tribute to Those Who Selflessly Help Raise Future Generations
DadTalk Blog
Apr 22, 2020