Watching the benefits of a successful program partnership can be empowering. Knowing that working together benefits everyone involved is one thing, but witnessing different groups come together to achieve those goals is something special. While in Los Angeles, the NRFC team had the opportunity to take part in two very special events where the power of partnerships was on display.

This two-part series will feature the programs we were able to visit and the events we were privileged to be a part of. 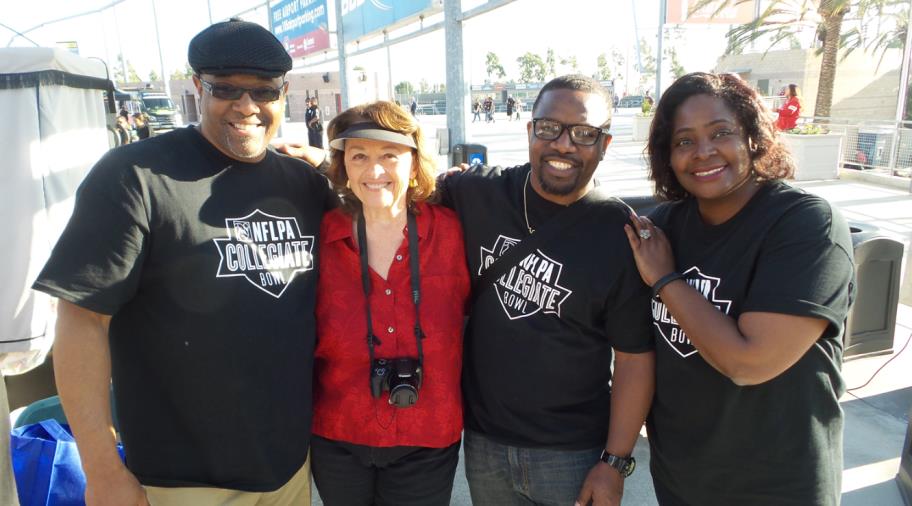 Fatherhood Buzz is an Office of Family Assistance initiative coordinated by the NRFC that helps community-based organizations collaborate with local barbershops to help connect fathers to resources in their communities. Buzz events help to foster positive, constructive, and honest dialogue on important issues affecting dads and families.  The Project Fatherhood program of the Children’s Institute has been working in Los Angeles since 1996 to provide therapy, support, education and other supports to help fathers to be more loving, responsible parents and active participants in their children’s lives.

On January 17, Children’s Institute and M Barbering partnered for a special Fatherhood Buzz event to facilitate a conversation about men and health. The conversation was led by Dr. Chris Hickey Sr., Executive Director of Each One – Teach One Alliance for Academic Access, Achievement and Success, Kenneth Braswell, the Director of the National Responsible Fatherhood Clearinghouse, and Alan-Michael Graves, Project Director of Children’s Institute’s Project Fatherhood. Originally focused on improving physical and mental health, the program has increased attention on topics that men rarely discuss openly. As conversations go, there was also discussion about how do men address the many interconnected concerns and issues with the families in their communities. Both M Barbering and Project Fatherhood made a commitment to continue supporting each other and the community in continuing the conversation around healthy fathers and families.

Saturday, January 18 the National Football League Players Association (NFLPA) hosted the 2015 Collegiate Bowl. This college all-star game features some of the nation’s top draft-eligible players squaring off and putting on a fantastic show of ability and dedication. A group of 3,000 local fathers and their families were able to watch thanks to a partnership between the NFLPA, NRFC, and local program partners, including Children’s Institute, Children’s Hospital of Los Angeles, Friends Outside, and Healthy Relationships California. The day allowed dads and kids of all ages to spend a few hours to enjoy the sunshine, take pictures, watch some of the nation’s top collegiate athletes compete, and take time to simply be together. Healthy Relationships California brought a photo booth to the event so families could get a free photo strip to remember the day. Healthy Relationships California and the Children’s Institute created a free activity book for families to take with them. Filled with word searches, puzzles, coloring sheets, tips, and facts, the activity book was a great take away that dads and kids could use to spend even more time hanging out after the game.

Learn more about these OFA-funded programs online, and check back in the coming weeks for more features on OFA Success Stories.

Read Part One: The Programs here.