“If no one in your group is talking about it [domestic violence], you’re not addressing it.” – Lisa Nitch, House of Ruth, Maryland 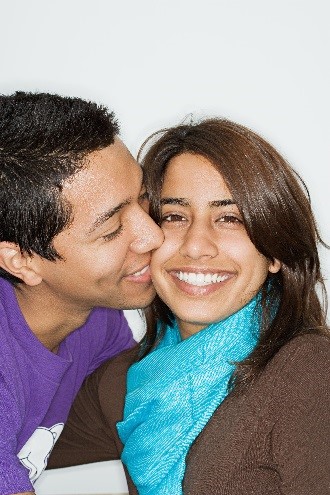 For parents of teenagers and programs working with young fathers, knowing and recognizing the warning signs of unhealthy dating behaviors that can lead to teen dating violence is crucial. This is especially true in the context of a recent national survey in which 1 in 10 teens reported being hit or physically hurt on purpose by a boyfriend or girlfriend at least once in the last 12 months. What’s more, during the 12 months prior to the survey, 1 in 10 teens reported being touched, kissed, or physically forced to have sexual intercourse when they did not want to at least once by someone they were dating.1

What can parents do?
The best thing parents can do is talk to their teens about the importance of healthy, respectful relationships. According to one study, 3 in 4 parents have never talked to their children about domestic violence.2  However, parents truly are in the best position to take action if they think their teen may be in an unhealthy or even dangerous relationship. Parents should be able to recognize warning signs and be ready to listen and give support when their child is ready to open up. It is also important to remember that modeling healthy behaviors begins at home, and parents can set an example for their children whether they are married or not. Tips for starting the conversation can also be found in Break the Cycle’s It’s Time to Talk Week resources.

Additional Resources
The following are resources for parents and fatherhood programs related to teen dating violence awareness and prevention:

One in four women, and one in seven men, experience domestic violence at the hands of an intimate partner at some time in their lives.3  Increasing awareness of what domestic violence is and how it can present itself, especially in teen dating relationships, is critical for keeping the teens in our lives safe now and in the future.

Additional Resources from the NRFC on addressing domestic violence include: