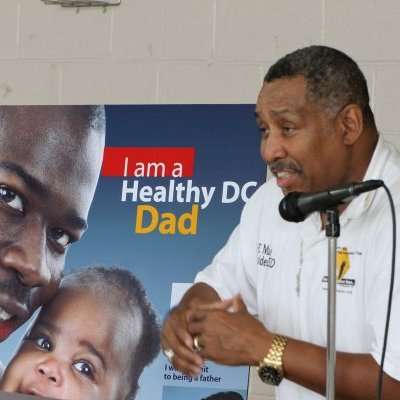 Current as of July 2017: As a national, regional and local leader in the field of fatherhood and mentoring, Franklyn serves as the Commissioner for the DC Commission for Fathers, Men and Boys through The Executive Office of the Mayor in Washington, DC. Franklyn also serves as CEO of 100 Fathers, a fatherhood and mentoring nonprofit. As a respected Lay Minister of the Episcopal Church, Franklyn also serves as the National Vice President for Fatherhood and Mentoring for the Brotherhood of St Andrews World-Wide Ministry. Franklyn is also a nationally certified fatherhood master trainer, and has trained hundreds of men how to be responsible fathers for their children and families. As a contributing author for The DadTalk Blog, Franklyn has written on topics like facilitating fatherhood discussion groups.
Other Organization: http://www.100fathers.org

Understand that if you are on time, you are late!! You must be at least 30 minutes early in order to set the tone for your group. Be ready to welcome your participants as they arrive.  Take the opportunity to observe the body language of the…